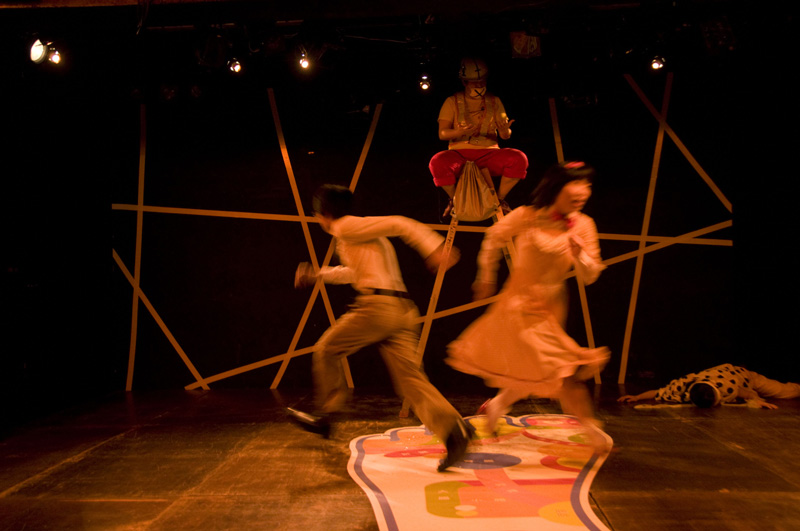 Born in 1980, Japanese Playwright/ Director. Company leader of Reqoo-Zoo-Room.
He has been acclaimed as a “monster of relativization”. Influenced by James Joyce, Borges, Pablo Picasso, Oryza Hirata, Toshiki Okada.
In 2001, as an actor SASAKI first joined Ku Na’uka Theatre Company, lead by Satoshi MIYAGI. In 2005 he left the company and started his career as playwright/director.
He received the “Best Play Award of the Dramas of Japan Competition” (Agency for Cultural Affairs and the Association of the Japanese Theatre Companies) in 2013, The 5th Grand Prize of Izumi Kyoka Prize for Playwright in 2016.
His main work includes Family Holiday, Noma, Be alive, struggling for salvation of the world, and more. SASAKI was officially invited to Asian Performing Arts Festival (Tokyo, 2013 – 2014), Dance in Asia (Taipei, 2014) as a director. Recently he has been engaged in the collaboration works with contemporary dancers and choreographers.
He also has been highly acclaimed as a poet.